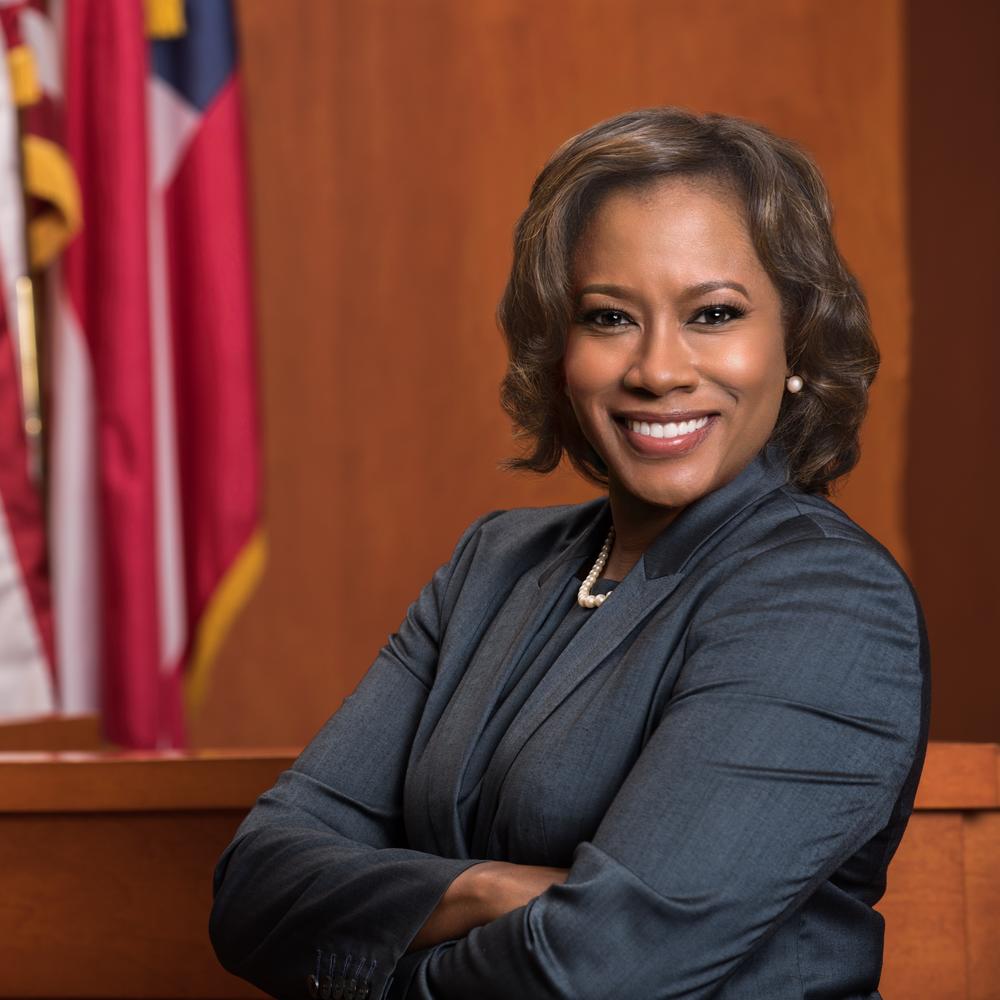 Sherry Boston stands among the elite in the world of prosecution. She is one of only three African-American female District Attorneys in the State of Georgia, and among the rare one-percent of African-American females currently serving as District Attorney nationwide. In her capacity, DA Boston oversees the prosecution of felony offenses filed in the Superior Court of DeKalb County. Since taking the helm as District Attorney in 2017, Ms. Boston has restructured and redefined prosecution processes and increased the Office’s capacity to serve victims with an expanded victim services unit. Observers have taken notice of DA Boston’s efforts. She was recently lauded by Atlanta Magazine as one of metro Atlanta’s 500 Most Influential People. Through her work with the Institute for Innovation in Prosecution and the Fair and Just Prosecution initiative, DA Boston has also become an integral part of the national dialogue on criminal justice reform. DA Boston is the only District Attorney appointed to the newly formed GRACE Commission, a statewide taskforce created by Georgia’s First Lady to combat human trafficking. Prior to her role as District Attorney, Ms. Boston served as DeKalb County Solicitor-General and was instrumental in the development of DeKalb’s revamped Traffic Division and the implementation of a wide variety of innovative programming and strategies aimed at community outreach and crime prevention. In addition to her elected positions, DA Boston has received numerous legal appointments and wide recognition for her prevention/intervention initiatives and impassioned commitment to domestic violence awareness. In 2018, she received the Champion for Change Award from the Women’s Resource Center to End Domestic Violence for her leadership in the DV arena, including the development of two signature community awareness campaigns. Among her varied involvement in community and legal organizations, DA Boston is an active member of the State Bar of Georgia where she serves on the Disciplinary Board and the Board of Governors. District Attorney Boston is a graduate of Villanova University and Emory University School of Law. She is a dedicated member of Alpha Kappa Alpha Sorority, Incorporated and resides in DeKalb County with her husband and two daughters.