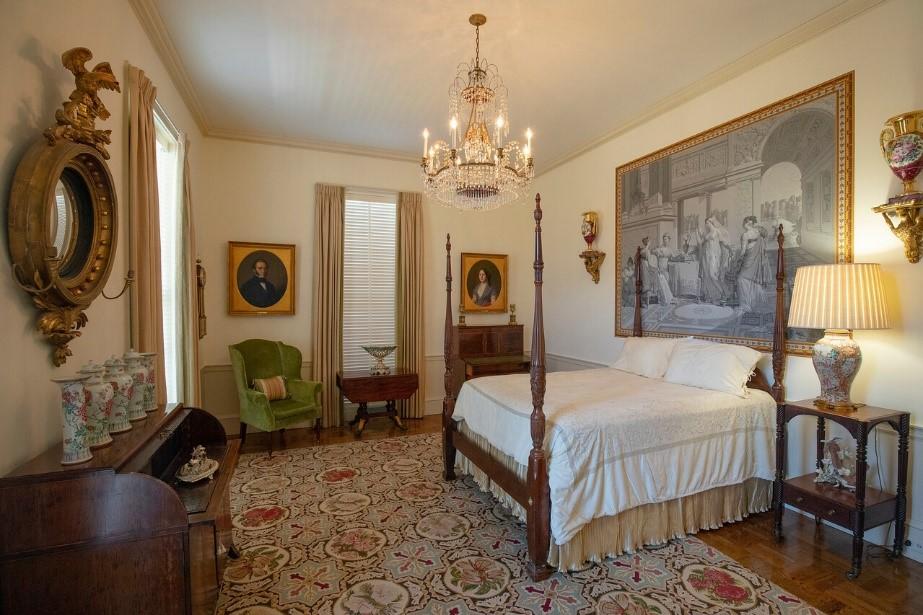 Crossing the Entrance Hall, we enter the Guest Bedroom. 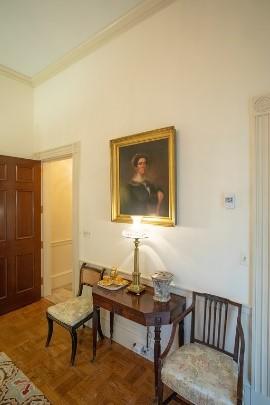 To the left of the entrance, there are two black lacquer side chairs from the early 19th century. Between the chairs, there is a Federal mahogany card table from Boston which was made in the 1820s. On the table is a Chinese vase from the 1800s and a separate brass oil lamp, which was made between 1815 and 1840 in New York that has been converted to electricity. Above, there is a portrait, "Painting of a Seated Woman." The names of the artist and subject are unknown. However, it originated in Savannah circa 1820. 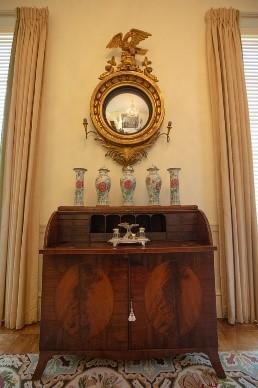 To the left, there is a desk built by George Hepplewhite, who was a renowned cabinet maker of the 18th century. The Hepplewhite is made of mahogany veneer on oak panels and is from 19th-century England. Atop, the garniture is a set of five Chinese porcelain vases with a predominant red color, or famille rose, from the 18th century. An English giltwood gesso convex mirror from 1800 hangs above the desk.

The portraits on either side of the window are of Mr. and Mrs. Rowley, a New York couple. The American painter, John Vanderlyn, helped introduce the Neoclassical style to the United States after studying in Paris for five years. He was the first American painter to study in France rather than England during this age. Vanderlyn was a protégé of Aaron Burr, the Vice President of the United States under Thomas Jefferson. 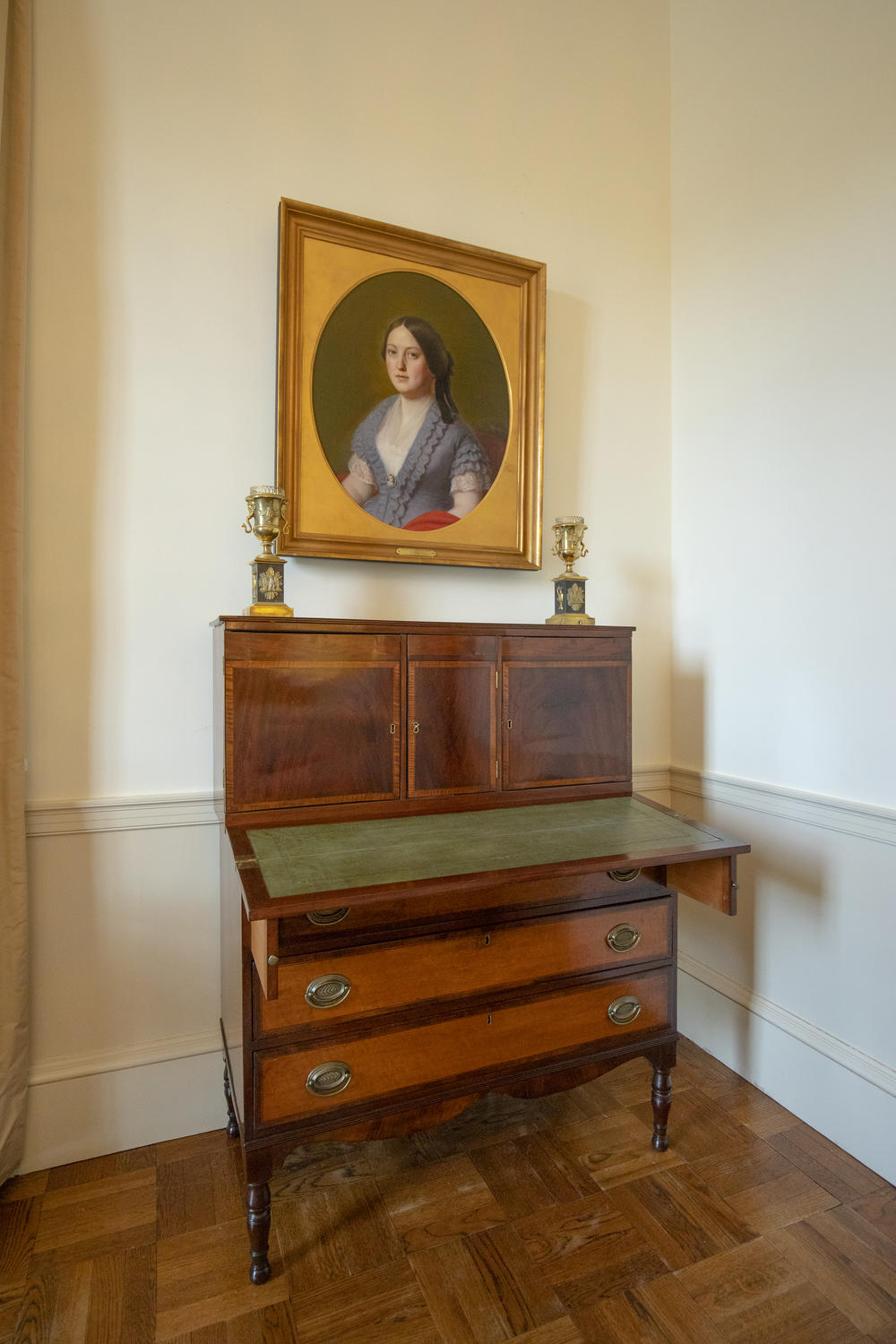 To the right of the table is a Federalist lady's writing desk. It is crafted of maple and white pine and was built between 1790 and 1815 in Savannah, Georgia. Atop, there are two petite bronze urns from 1820 originating from France.

The four-poster walnut bed is a 20th century reproduction. Hanging above it, there is a wallpaper panel from the 1850s called "The Preparation of Psyche." It shows classically draped women in a Greek temple interior. The drawing is surrounded by a design colored with ochre, a natural earth pigment, with a brown bellflower border. On either side of the wallpaper panel are two hand-painted porcelain urns from Paris circa 1820. They are set on American giltwood and gesso eagle brackets made around 1800. 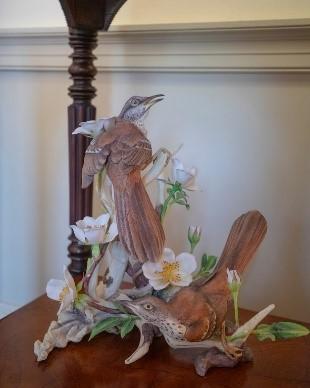 On the table beside the bed, there is a Chinese vase, produced in 1780, that has been converted into a lamp. A display of a porcelain bird and flower, composed of English bone china, is found on the table’s second shelf. This display depicts Georgia's official state bird, the brown thrasher, resting on the state's official flower, the Cherokee rose. This piece was presented to the Governor’s Mansion in the 1980s by the Garden Club of Georgia. The display's basin stand is mahogany and is attributed to the School of William Hooks of Salem in Massachusetts circa 1815.

The bedroom's chandelier is gilt bronze and crystal and originated from Austria or Sweden circa 1800. Below, the rug is a custom handmade needlepoint that is woven with pure wool yarn. It is a replica of an original English needlepoint.

Click the button below to continue your tour into the State Drawing Room.